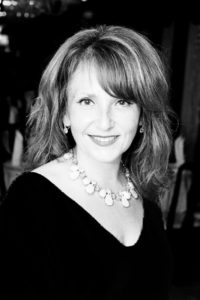 
Ilana Volodarsky arrived in St. Paul from the former Soviet Union in 1989. She holds a dual degree from the University of Minnesota in Business Management and Sales Marketing. During her college years, Ilana worked for the Jewish Community Relations Council/ADL of Minnesota. Ilana’s professional experience includes Event Planning for the Public Affairs Division at Land O’Lakes Corporation, and Project Management for Weisman Corporation. Ilana is the Founder and Executive Director of the Russian American Jews of Minnesota (RAJMN) organization, which initiated in 2003. RAJMN is the only Jewish-Russian program for young families, young adults and teens in Minnesota, working to connect them to the larger Jewish community and providing a deeper understanding of Russian-Jewish roots and culture. RAJMN programs and events held throughout the year to celebrate Jewish and Russian culture, and also serves as a bridge to other Jewish organizations, connecting Russian-American Jews to synagogues, Jewish schools, programs in Israel, Jewish summer camps and other programs as needed. RAJMN works in partnership with all local Jewish Agencies in creating programs to integrate RSJ in Jewish life, and provides international educational opportunities and scholarship funding for RAJMN teen and adult program participants. Over the past 16 years RAJMN has organized more than 350 events. Ilana is fully responsible for financing and program development of RAJMN. In 2016, Ilana created the RAJMN Teen Fellowship to serve as a year - long initiative with a main goal to connect RSJ generations, pass on history, traditions and culture from generation to generation. Teen participants have monthly guest speakers covering various Jewish topics such as Israel, Holocaust, Jewish History, art, music, and have the opportunity to attend various Jewish conferences. Teens are working on a documentary film with Russian-Jewish Holocaust survivors and WWII veterans, participating in fundraisers and organizing Jewish events for RSJ community in Minnesota. Ilana mentors various communities in the US and is a consultant for new projects/programs for the RSJ population in addition to providing educational sessions and seminars on Russian Jewish Culture. Ilana is a graduate of “Centropa Summer Academy” in Berlin, and also served on the Host Committee for JDC Global Symposium for the Midwest Region. Ilana was a part of organizing committee for Limmud FSU East and West Coast Conferences.