COJECO partners with Germany Close Up to bring Russian-speaking Jews ages 25 to 42 (exception for 2022) from all over North America on an 8 day educational program to Germany. Subsidized by the German government’s Transatlantic Program, Russian-speaking Jewish young adults have the opportunity to explore the past and present of Jewish life in Germany, and experience modern Germany first hand.

The purpose of the program is to allow participants to gain their own perspective on Germany through a shared Jewish experience with fellow Russian-speaking Jews. (For program details and application please scroll down). Established in October 2007, Germany Close Up American Jews Meet Modern Germany is an initiative created to enrich transatlantic dialogue and provide Jewish-North American students and young professionals in their twenties and thirties with an opportunity to experience modern Germany up close and personally. A generous government scholarship (a part of the ERP Special Assets of the German Ministry for Economics and Technology) covers more than two thirds of participation costs, which leaves a participation fee of $890 per person. At the same time, Germany Close Up is an independent body working in partnership with COJECO on the organization and content of this program tailored for North American Russian-speaking Jewish participants.

The trips are designed to expose participants to a range of aspects that make up modern Germany, with both the past and present in focus. Every Germany Close Up trip includes a number of activities, tours, and meetings. All trips cover issues related to Germany's reflection on its past and its efforts to deal with the memory of the Holocaust and the Nazi horror up to this very day. They also consider Germany's transformation over the last decades into a modern, reunified, and democratic country in the heart of the European Union, home to the third-fastest growing Jewish community worldwide. Observing Shabbat and keeping a kosher diet are both possible on all Germany Close Up trips. 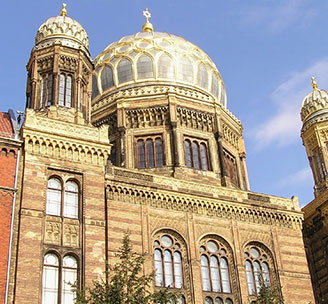 The 8-day program exposes participants to Berlin's multicultural life, allows them to visit sites such as a former concentration camp, the Memorial to the Murdered Jews of Europe and the Jewish Museum in Berlin, and to experience other key historical sites and cultural venues. They will meet with German opinion-makers from the academic and political spheres, representatives of grass roots movements and the Jewish community, as well as German contemporaries. The role of Jewish voices in transatlantic relations will be explored as participants actively contribute to German-American dialogue.

THE PROGRAM WILL FOCUS ON THE FOLLOWING TOPICS:

The participation fee for this program is $890. This fee will be paid indirectly as a flight contribution. After being interviewed and accepted into the program, participants are expected to book their roundtrip airline ticket to Berlin with economy class and to provide proof of purchase to Germany Close Up. In most cases this expense will cover the $890 fee. If your air fare is lower than $890, the remainder is due to COJECO before the program begins. If your air fare is more than $890, you may be eligible for a flight reimbursement for the difference between $890 and your actual flight costs. Please note that only economy class tickets will be considered, no miles or points can be used towards tickets purchase. Reimbursements have a maximum cap:

Please note that reimbursement will take place up to two months after the program’s conclusion. 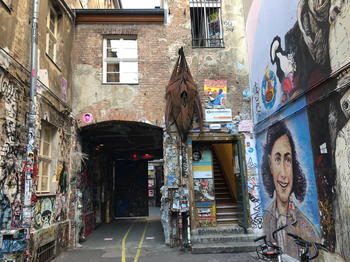 Once you have been interviewed and accepted into the program, we encourage you to begin researching flights ASAP due to the maximum reimbursement levels and the rising cost of airfares as the trip dates near.

Germany Close Up covers the following expenses in Germany: hotel accommodation in double rooms, most meals, transportation within Germany, admission fees and event tickets. The scholarship does not include tipping. Please keep in mind that you will need to pay around $75 extra for tips. Your participation in the program will require a $400 deposit you receive upon your return from the experience.

Please combine all of the below into ONE WORD DOCUMENT

All materials to be emailed as one word document to alinab@cojeco.org by June 18, 2022
All eligible applicants will be interviewed to determine program acceptance. Interviews scheduled on rolling basis.

or if you have any questions, please e-mail
us at: