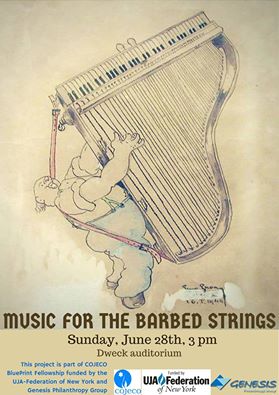 The Silenced Project is a multimedia and piano recital including documentary footage about forgotten composers of the Holocaust and Soviet era. It brings to light and celebrates the music of Jewish composers who lived, worked (and in many cases, died), under two most oppressive regimes in the mid 20th century Europe.

As the reign of Stalinism and Nazism in 20th century Europe disrupted and destroyed the lives of millions of people, Jews and non-Jews alike, we must remember that even those dark regimes could not suppress human inspiration. Many people continued to create, often under conditions of intolerable suffering. However, names of many of them have been undeservedly erased from public memory and remain known only to a narrow circle of experts. We hope this multimedia project can help bring this wonderful composers back to the wider audience.

The live musical performance is complimented by cinematographic and theatrical elements, providing the context and setting the mood for the music.

The program was conceived and is presented by Sergey Deych (piano) and Daniil Deych (cinematography), with the participation of Samuel Katz (violin) and Anya Fidelia
(soprano).

The event took place on June 28th at 3:00 PM at the Brooklyn Public Library.

Music for the Barbed Strings 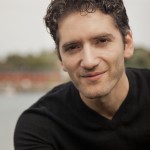 Sergei Deych Sergei Deych is a classical pianist holding a BA from the Manhattan School of Music with a scholarship from Eubie Blake Foundation, and an MA in Piano Performance from Aaron Copland School of Music . At both institutions he studied under renowned professor Nina Svetlanova. He was also a frequent participant in International Suolahti Piano Festival (Finland), where he worked with Finnish pianist Carlos Juris. He also collaborated with Elena Kushnerova based in Baden-Baden and in New York. Sergei’s main ambition as a musician is to expand the audience of classical music by reaching out to people of his generation. He is experimenting with new ways of delivering musical experience to the listeners and expending the performed repertoire. 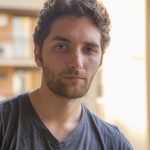 Daniil Deych Daniil Deych was born in Krasnoyarsk, Russia. He moved to the United States at the age of 15, and currently lives and works out of New York City. Daniil has a Bachelors Degree in Film Studies and Physics from Queens College as well as a Certificate of Completion from Vancouver Film School. While in school, Daniil participated in number of projects, working with various formats, such as 16mm, DV and digital.