The mission of “100 Views of New Jerusalem” is to create a wider awareness of modern Jerusalem’s image. Michael’s drawings of Jerusalem’s aesthetic, lifestyle, and culture were all done on site, creating hundreds of initial sketches of the modern cityscape while exploring the terrain on foot. Meditating on the nature and spirit of this Biblical location, Michael refined and developed these initial sketches into a pictorial narrative that constitutes a published book and accompanying exhibition.

Jerusalem is easily seen as a symbol, deeply rooted in Biblical times. It is not so easy, however, to grasp its modern identity; equally “historic” and equally “Biblical”. Michael was particularly interested in portraying this modern image of New Jerusalem with the hope that this pictorial journey through the Eternal City can do its modest part in stimulating peace, tourism and the creation of new ties between friends of Jerusalem around the world. 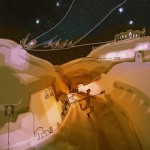 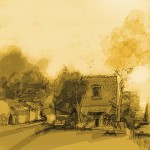 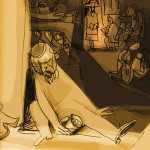 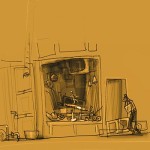 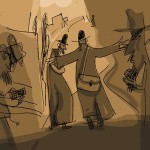 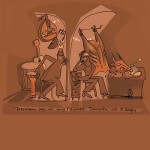 Over 100 people attended the launch of this project on Dec 3rd, 2014 at the Tribeca Synagogue for the Arts in NYC. The event included the book release, art show of large framed images, book signing, talk and digital presentation. The exhibit was on display until January 11, 2015. Twenty five percent (25%) of the sales income generated by the exhibition ($1,100) was donated to the Synagogue.

A new enterprise – South Brooklyn Art Publishing – was created and launched as a result of the friendships and partnerships Michael forged through the creation of his project. 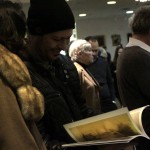 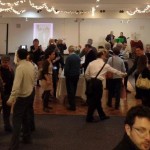 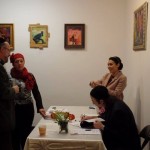 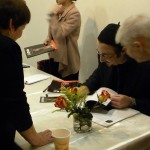 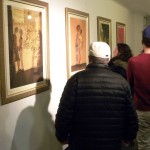 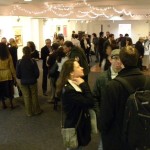 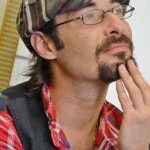 Michael Korosty 100 Views of New Jerusalem Michael Korosty was born in Kiev, Ukraine. He started his education as an artist at the age of seven, and upon moving to the U.S. in 1989, completed his formal art education at the Pratt Institute. Michael is works in the mediums of painting and drawing.  He has been teaching art to adults and children at his studio, as well as at various private institutions since 1994. Having provided art services to the local South Brooklyn community for years, after the impact of Hurricane Sandy, the studio was relocated to Manhattan Beach.