Arlekino Theater Troupe cultivates interest for cultural arts in Russian-speaking Jewish children, while instilling an appreciation for their Jewish heritage. This project has been flourishing as part of the Generation R programming at the JCC Manhattan since 2011, nurturing children’s self-expression, inquiry, and exploration, and promotes Russian language development. The program includes dramatic play, music, dance, storytelling, and art workshops, inspiring young children through interactive interpretations of Jewish folktales. The program culminates in an original, multidisciplinary performance piece by the programs participants.

Taught in Russian by experienced early childhood educators and performing and fine-arts specialists.

More information can be found at www.jccmanhattan.org/generation-r/kid-programs/ 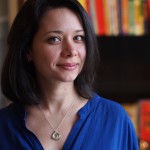 Jane Tuv Arlekino Theatre Jane Tuv is the Director of Russian-speaking Children & Families Programs. Under her leadership, program offerings catering to Russian-speaking Jewish families and children at the JCC tripled, with participants coming from all boroughs of New York for classes, holiday events, Shabbat dinners, and performances. Through Jane's meaningful programs for the Russian-speaking Jewish community and her dedication to high-quality, progressive early childhood education, a vast number of underserved Russian-speaking families who felt disconnected from the greater American-Jewish community, have shown a significant spike in involvement in Jewish life, and have brought the traditions experienced at Generation R programs into their home. In addition to her role at Generation R, Jane is the founding director of Arlekino Theater Troupe, a performing and fine arts program, which strives to instill an appreciation for Jewish heritage in the arts in young children whose parents emigrated from the Former Soviet Union. She has partnered with more than 20 Jewish organizations in the Tri-State Area to bring expressive arts education to the Russian-speaking Jewish diaspora. An informal Jewish educator, Jane designs programs with a focus on the Reggio Emilia approach, nurturing children's curiosities, imagination, and self-expression. This year, Jane became one of five recipients of the Jewish Education Project's Young Pioneers Award for her work at Arlekino and Generation R and was also selected as one of Jewish Week's "36 Under 36." This past February Jane also launched a progressive Russian language program for infants and toddlers in her neighborhood of Forest Hills, Queens, which has garnered high acclaim. Jane's teaching career spans Pushkin Academy of Russian Heritage, the Farber-Bruch Early Childhood Center at the Marks JCH of Bensonhurst, the Saul and Carole Zabar Nursery School at the JCC Manhattan, and the Parenting Program at Temple Shaaray Tefila.