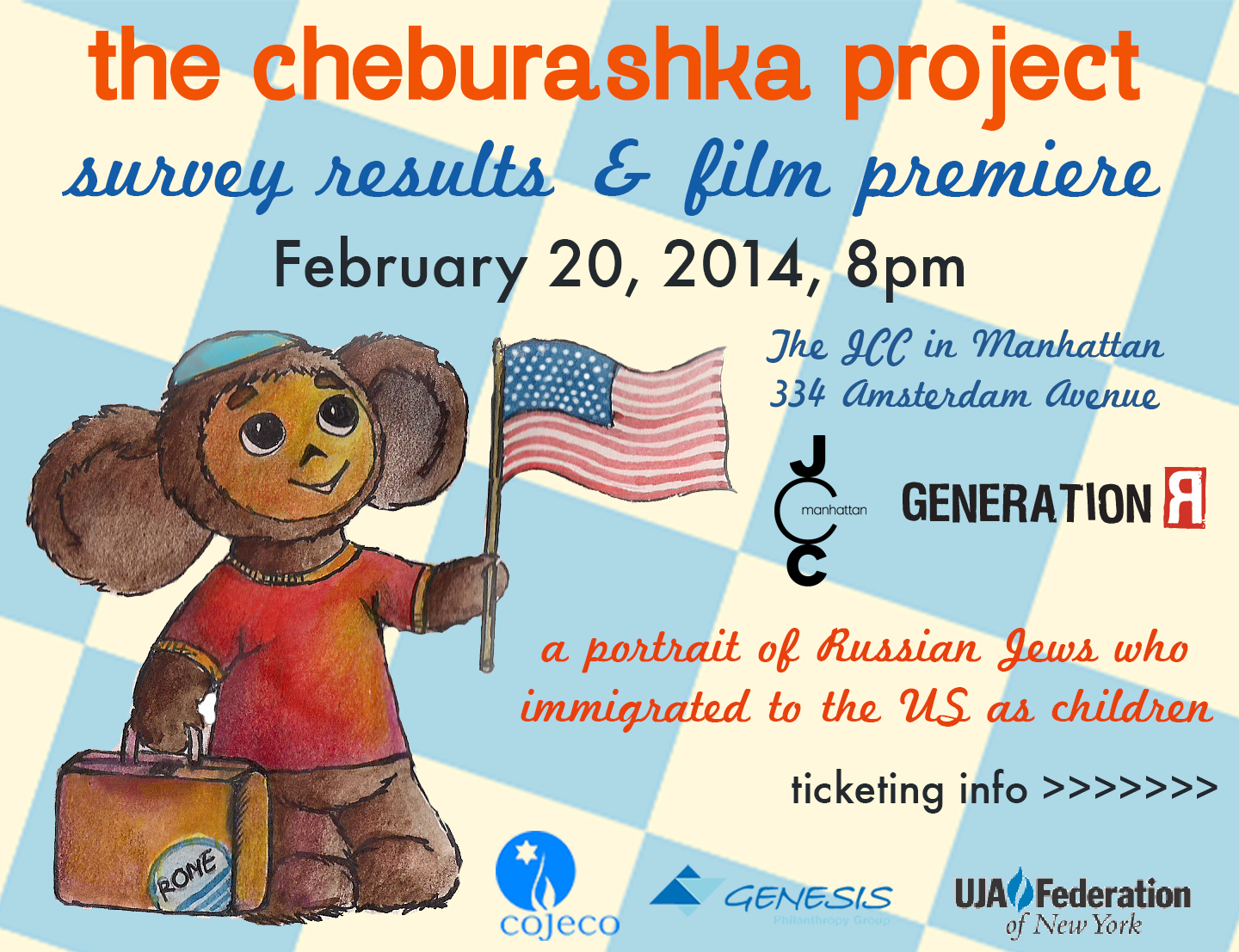 The Cheburashka Project examines a generation of Russian Jewish immigrants who came to the U.S. as children in the late ’80s and early ’90s. This generation uniquely absorbed several worlds of influence during its formative years- the impact of a Soviet Russian background, the experience of immigration, an immersion into American culture, and a shift in what it means to be a Jew. As this group becomes the first generation of Russian Jewish adults raised in America, they will both set the tone for their communities and represent them in the larger American cultural landscape. The Cheburashka Project explores identity in this group of immigrants through a documentary film, Cheburashki, and an online survey of almost 600 individuals across the United States. 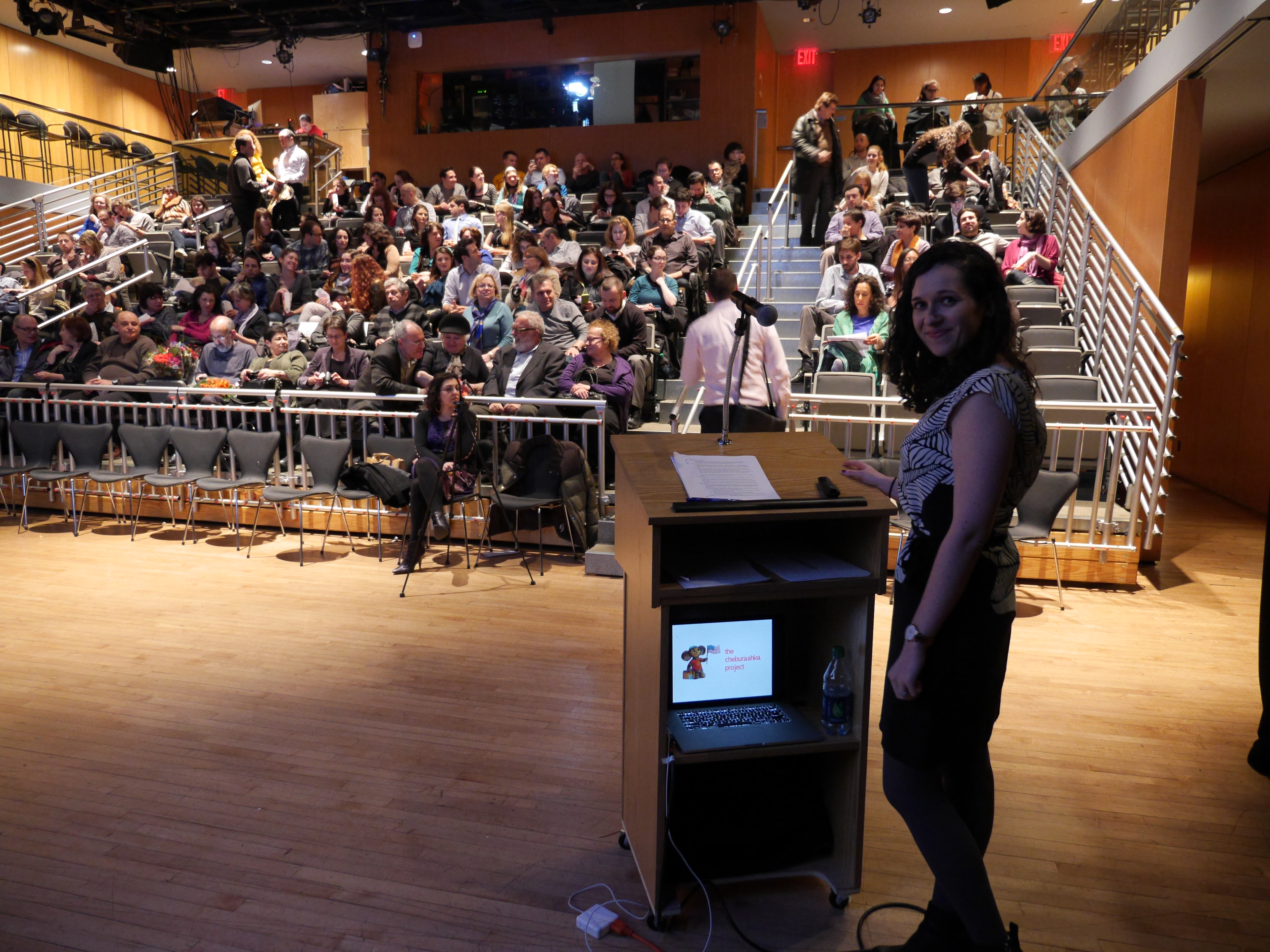 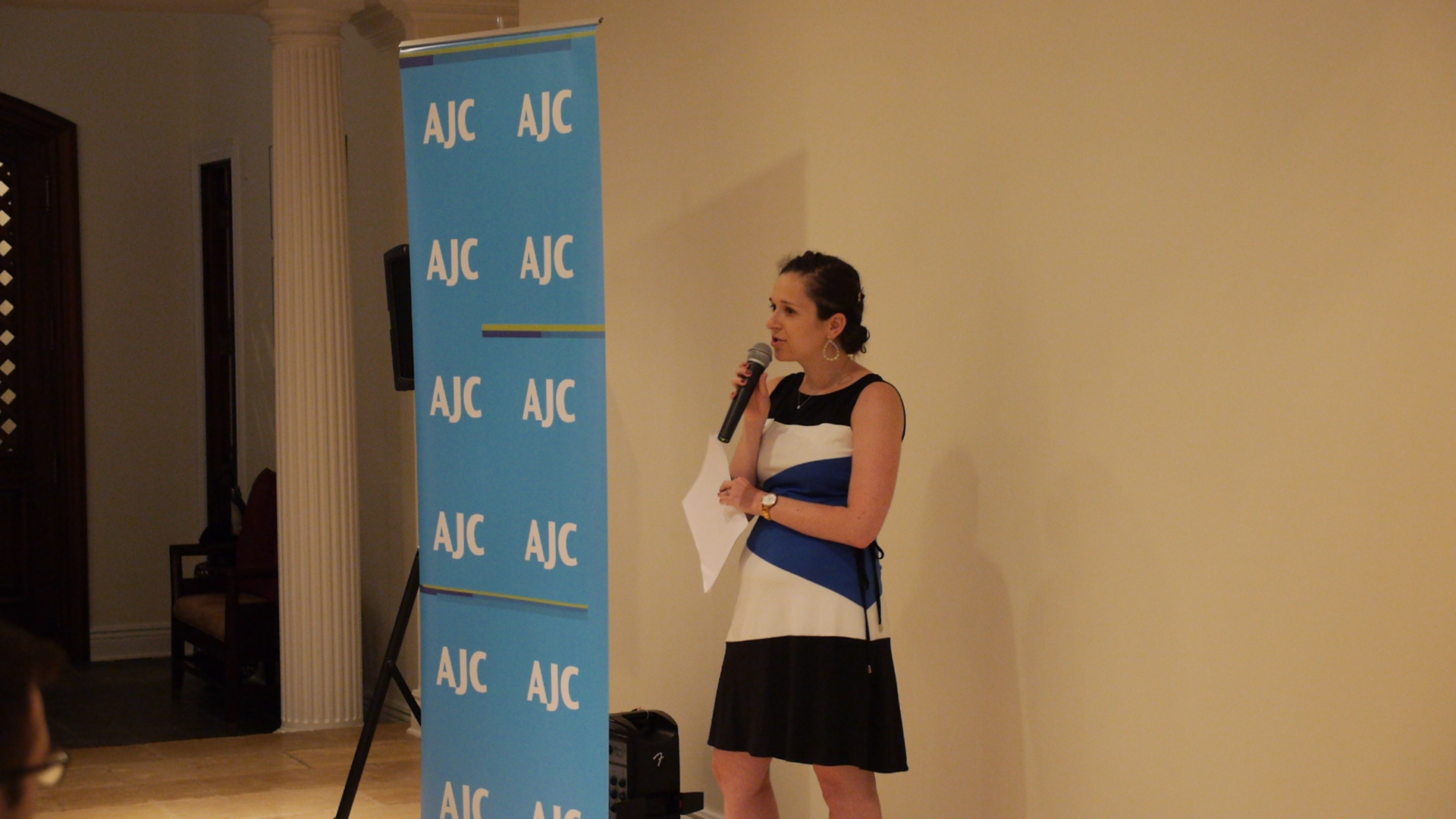 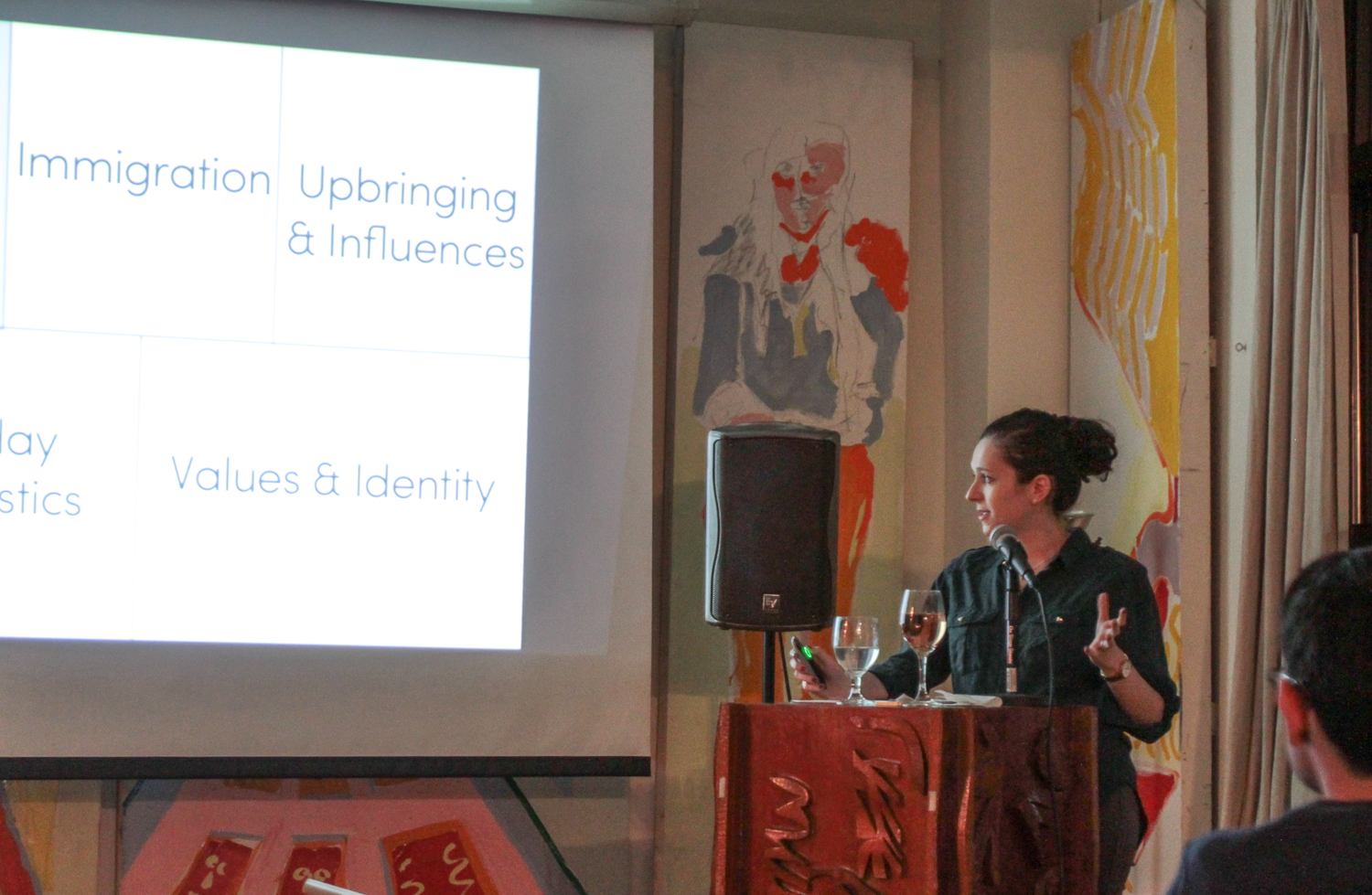 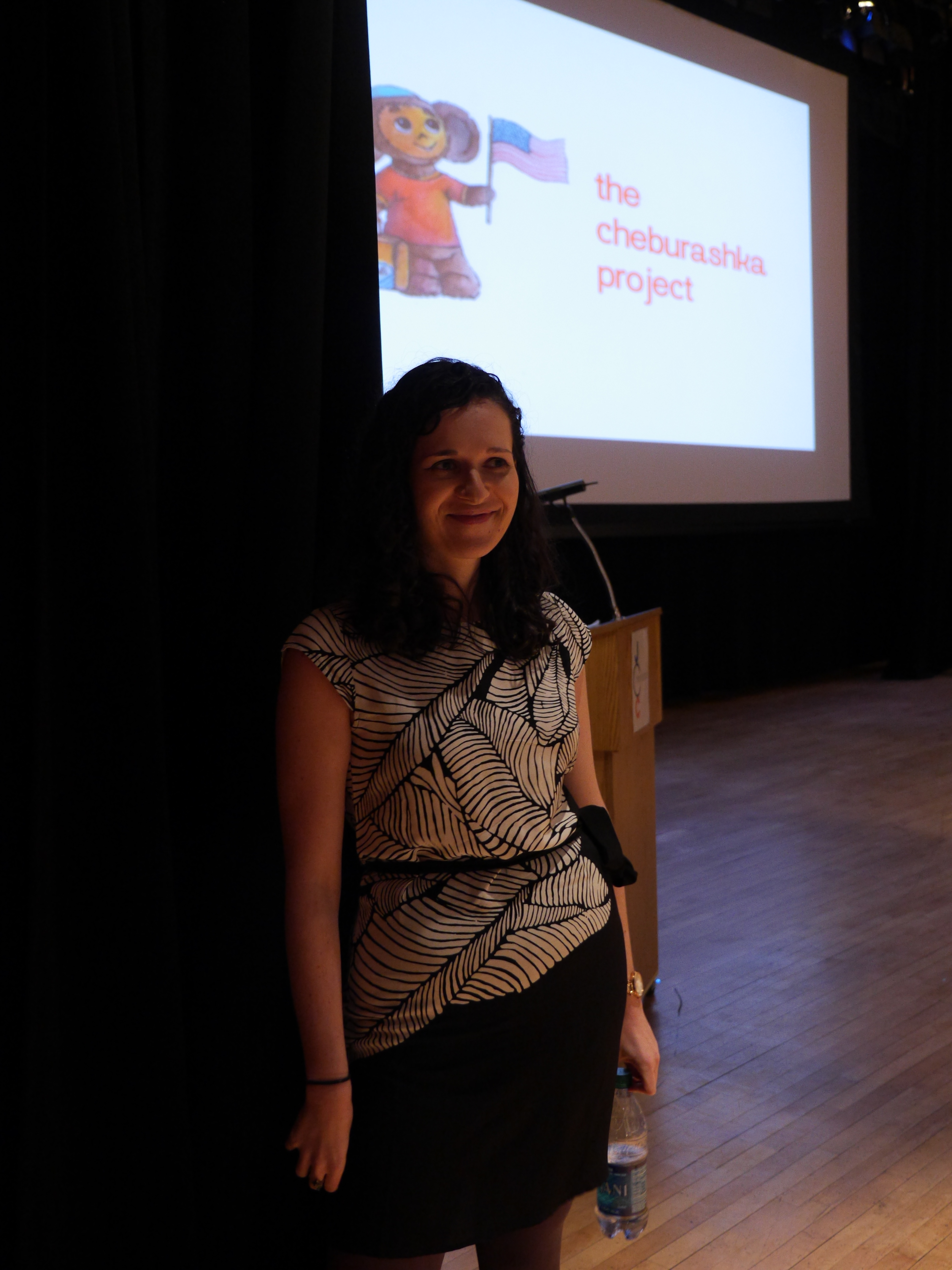 The Cheburashka Project has had multiple events since its initial launch in December 2013 at the Roger Smith Hotel. The Cheburashki film premiered at the Manhattan JCC on February 20, 2014. Since then, the film has been screened for numerous organizations, including the Marks JCH of Bensonhurst, the AJC of Chicago, and the Chabad of Passaic County. Additional screenings are being organized for 2015.

Link to the project: http://www.cheburashkaproject.com Alice Kogan The Cheburashka Project Alice Kogan was born in Moscow and immigrated to the US at the age of three. Her family settled in New Jersey, where they were embraced by the local American Jewish community, an experience that eased her family’s transition and introduced them to Jewish customs. She went to Dartmouth College where she studied Economics and History and traveled to Western Ukraine on a Hillel trip called “Project Preservation,” an initiative in which a group of students from diverse backgrounds restore an abandoned Jewish cemetery in Eastern Europe. After college, Alice worked in strategy consulting, corporate strategy and finance. She is currently pursuing her MBA at Columbia Business School. Alice is interested in human behavior and experience and the way in which both art and science can express and explain it.