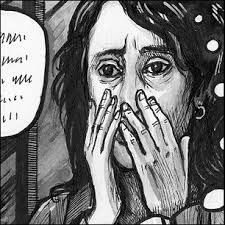 Over the past 15 years, young Russian-speaking Jewish writers such as David Bezmozgis, Sana Krasikov, Gary Shteyngart, and Lara Vapnyar, have captured the attention of the American reading public. However, their work has not yet received the proper acknowledgement in the academic world and does not appear in college anthologies. For her community project, Anna Katsnelson created a series of academic articles about Russian-speaking Jewish authors to increase the exposure of these writers among academic decision-makers in the humanities. Moreover, Anna organized a two day conference, which was held at Columbia University in December 2014.

This conference celebrated the rich and innovative cultural production by Russian-Jewish artists. The conference opened with Readings and Conversations on Thursday, December 4. Authors Anya Ulinich and Lara Vapnyar read from their new novels Lena Finkle’s Magic Barrel and The Scent of Pine, in conversation with me. Academic panels were held on Friday, December 5, 2014. This conference focused on the various modes of artistic composition that Russian-speaking Jewish-Americans have excelled at in the last decade and a half, including art, film, literature, and music. Particular emphasis was given to the negotiation of genre and geography in this cultural production.

The most recent wave of Russian-speaking Jewish immigration to North America (1970s-1990s) incubated a rich panoply of talented artists, filmmakers, musicians, and writers who conveyed cultural capital from the Soviet Union to the West. Contemporary Jewish immigrant writers from the former Soviet republics, including David Bezmozgis, Boris Fishman, Keith and Masha Gessen, Michael Idov, Sana Krasikov, Gary Shteyngart, Anya Ulinich, Lara Vapnyar, and Anya von Bremzen, are upending the definition of Jewish immigrant literature. The writers in this community have produced collectively a wide range of textual creative endeavors: memoirs, short story collections, novels, non-fiction, cookbooks, and finally a graphic novel. These works are innovative in that they are boundary-crossing productions: they display the writers’ transnationalism and multiculturalism in that they take place in Russia, Canada, the U.S., Italy, etc. 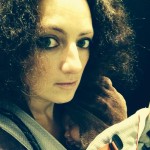 Anna Katsnelson The New Wave of Russian Jewish Cultural Production Anna Katsnelson immigrated to New York from Leningrad in 1989 when she was 10 year old. In 2011 Anna received her Ph.D. in Comparative Literature from the University of Texas at Austin. Her dissertation “Ethnic Passing across the Jewish Literary Diaspora” is an interdisciplinary, transnational study that examines history, culture, and literature. The dissertation shows that sociological identification with the hegemonic group and nativist influences in the United States, Brazil, and the USSR, led a number of ethnically Jewish writers, to create a literature which was completely devoid of ethnic markers. In 2007-2008 Anna was a Fulbright IIE Scholar to Brazil. Anna teaches in the English Departments of the Lander College for Women and Medgar Evers College.